As a runner, you’ve probably suffered from running-related injuries at some point. They’re no fun and can quickly put the kibosh on your exercise regimen or race aspirations.

But what if you’re a pro athlete and your sponsors pay you for getting out there on race day? What do you do? To find out, we caught up with Portugal’s pro triathlete Pedro Gomes at his home in Scottsdale, Arizona, USA. 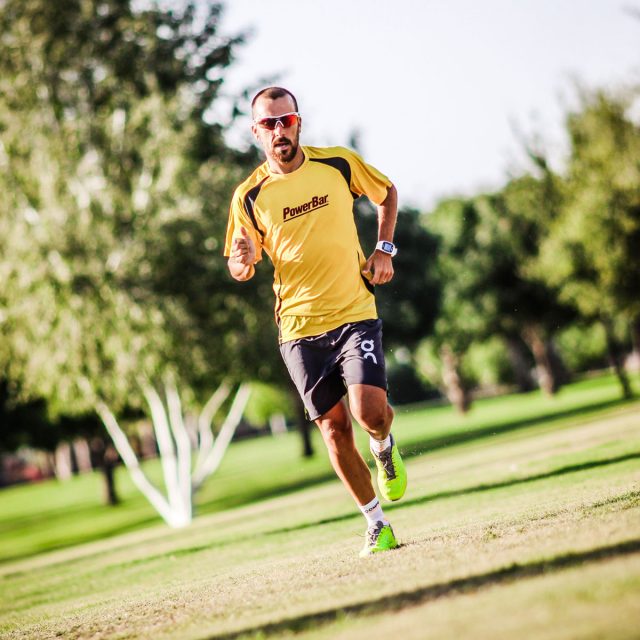 As a professional athlete and year-round competitor, Pedro is always working all of his body all of the time. While each sport in the triathlon places demands on his body, running is by far the worst.

I’ve been doing this sport for over 10 years, and 90 percent of my injuries have been running related. It’s the only high-impact sport of the 3, and when you push your body to the limit – as athletes so often do – it can break down.

Over the years, Pedro’s been plagued by smaller running-related injuries on his right side: a stress fracture in the tibia, a muscle strain in the soleus, and so on. Always on the right side. Always something he could just work through with a bit of rest, ice, and a foam roller.

Pedro was struck down with debilitating pain in his hip and could barely walk. This time it was his left side. With two important Ironmans rapidly approaching in May, he sought out immediate help. His physical therapist discovered a hip imbalance. The left side of his pelvis was tilted forward to compensate for weak glutes and chronic tightness on his right side.

The result of the imbalance was a severely inflamed piriformis, a gluteal muscle that can prove to be a real pain in the butt for runners.

We triathletes are all type As. We want to do more, push through pain, and continue to train, often ignoring issues in the process.

The PT put Pedro on a regimen of stretches for the right side and an overall core strengthening program. By the end of the 5th week, the PT had Pedro doing short 20 minute jogs. At the end of week 7, Pedro was almost back to full throttle and closing in on his next Ironman just 2 weeks away.

Training through the pain

Pedro says the good thing about soft tissue injuries (muscles, tendons, etc.) is that the body regenerates mostly by itself. But you need to have the blood flowing to aid in recovery. To expedite healing, Pedro did a lot of stretching, hip exercises with bands, icing, and more than a month off from running.

With age and experience, I am becoming a bit wiser and better about listening to my body. The upside of each injury is that I learn more about my body and its imbalances.

Recovery would have been faster, he says, if he’d rested completely but he need to preserve his fitness. To maintain his cardio capacity during recovery, he continued to swim and cycle along with doing hip flexor exercises to keep them tuned for running.

He also incorporated aqua running and elliptical training into his mix (and confesses that both are horribly boring).

Pedro says his key training tool has always been a heart rate monitor. And like many Europeans, it’s always been a Polar monitor. He says when he was growing up, if you saw a runner with a Polar, you would immediately know he was serious about his training.

“Way before all the GPS technology came out, I remember my dad had a Polar monitor that you could use to program laps and intervals. For me that was just astonishing”, he says.

Twenty years have gone by and brought about lots of cool tools and metrics. But Pedro believes that Polar is the best at counting beats. For him, it’s the metric that matters most. 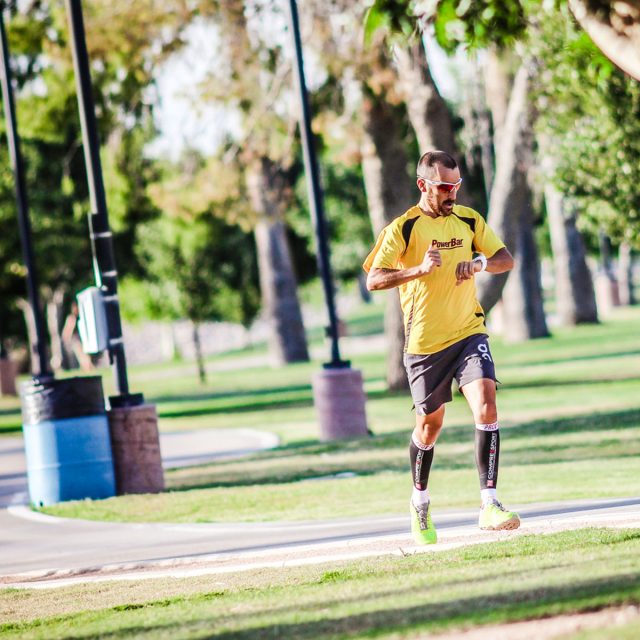 Pedro says he takes his heart rate when he wakes up each morning. That tells him if it’s going to be a good training day or if he needs to back off. “My waking heart rate is usually around 36, so if I’m up above 40, I know that I either haven’t fully recovered from my prior day’s training or else my immune system is in overdrive and I’m about to get sick,” says Pedro.

After an impressive 10-year run in competitive triathlons, Pedro is not done. At 32, he says he still has at least 4 good years before he reaches peak performance. His big dream goal? Win the IRONMAN World Championship in Kona, Hawaii, in the next 3–4 years.

But even after he hangs up the pro title, he’ll still keep racing just for the fun of it. Go Pedro!

Growing into the pro role

When To Return To Training After A Marathon

From what happens to your muscles to a detailed three-week marathon recovery plan, here’s what you need to know after running a marathon.

Marathon Recovery – The Hours, Days And Weeks After The Race

Smart recovery is essential after a marathon or any big race. Follow these tips on how to recover from a race to keep some of the post-race soreness at bay.

Set yourself up for success in future training and races with this simple post-race recovery routine the day after your race. The Run Experience advises us how to get the blood flowing and reintroduce motion in the joints!

This is a must-read for all self-coached runners: Calum Neff’s top picks for reading material, online resources and recommended workouts.